Bay and Bow Windows are one of the most popular options for a large opening – it adds depth to the interior and definition to the exterior.

When considering a Bay/Bow the first question always asked is ‘What is the difference between Bay and Bow Windows?’

A Bay Window is typically made of 3 openings, with a picture window (fixed) in the center. Normally the angles of the opening are set at 15, 30 & 45 degrees – although custom angles are available.

A Bow Window can have numerous openings, typically from 3 – 6, equal sized windows with the overall shape of the unit curved (like a Bow).  Normally the flanker (end) windows will operate, with the rest fixed windows but any configuration is possible.

Both  Bay and Bow Windows are wooden structures that hold windows and are built into the home.

Are All Bay & Bow Windows The Same?

No they’re not!  While the idea is the same, there are many differences between the ‘boxes’ that hold the Windows.  For example, Climate Solutions gets its boxes through Bayworld Mfg, a dedicated specialist in Bay, Bow & Garden construction.  They only use furniture grade wood that is 1 1/4″ thick, as opposed to the more common 3/4″ ply that other manufacturers use.

Another important part of a Bay or Bow Window is the mullion (or join) used between the windows.  Bayworld use only Structural Mullions, which are super strong and secure.  It is more common for manufacturers to use flimsier plastic mullions, which over time will allow movement in the unit.

Because of inferior products, Bay and Bow Windows can have a bad reputation for Energy Efficiency – but this is covered with insulation in the ‘seat’ of the box.

What Kind of Windows Can Go In Bay and Bow Windows?

The most common windows to feature in Bay and bow Windows are either Double-Hungs, Casements or Picture Windows.  The configuration of them is completely customizable. 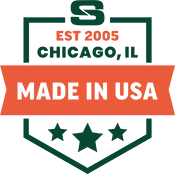 Built to work. Built to last.